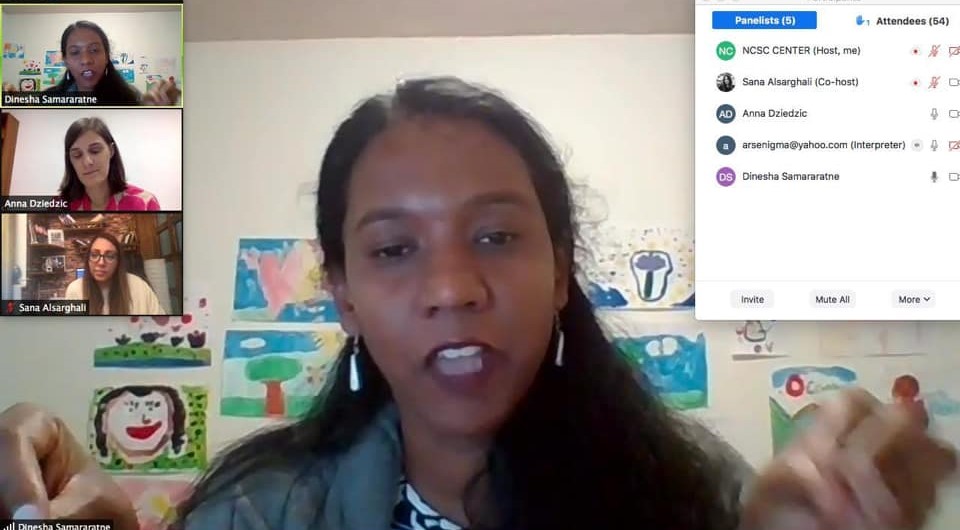 The Webinars were delivered over three separate sessions on September 30th, ‎October 7th and October 14th and targeted the Women Shadow Committee in ‎Palestine.‎

The seminar was held via the Zoom meeting platform, and led by Dr. Anna ‎Dziedzic and Dr. Dinesha Samararatne, of the Constitution Transformation ‎Network which is based in Melbourne, Australia.‎

The seminar included five sessions which tackled the following topics: what a ‎constitution is and why it matters for women, the substance of the constitution, ‎proximate institutions, and making a constitution work in practice.‎

Dr. Dziedzic and Dr. Samararatne are post experts in constitutions and gender. ‎They helped in the Webinar to involve the Palestinian women attendees which ‎included academics, lawyers and housewives among others. The group engaged ‎in heated debate regarding women’s issues in constitutions. Both professors ‎emphasized that women’s issues are particular to each country and that it’s up to ‎the Palestinian women to see what they want to take the constitutional theory and ‎other examples, and build on it in their future endeavors in the constitutional ‎making for Palestine.‎

The Webinars were chaired by Dr. Sanaa Alsarghali, Assistant Professor of ‎Constitutional Law and Director of the Constitutional Studies Center at An-Najah ‎University. She expressed her thanks to both professors and the Constitution ‎Transformation Network at Melbourne Law School for being strong partners in ‎this campaign.‎

The Constitution Transformation Network at Melbourne Law School supports ‎the development and implementation of constitutions across the world. It brings ‎together subject matter and country experts in multiple constitutional fields and ‎has supported constitution-building processes in Asia, the Pacific and in conflict-‎affected countries globally, through interactive Forums, workshops and ‎publications.‎