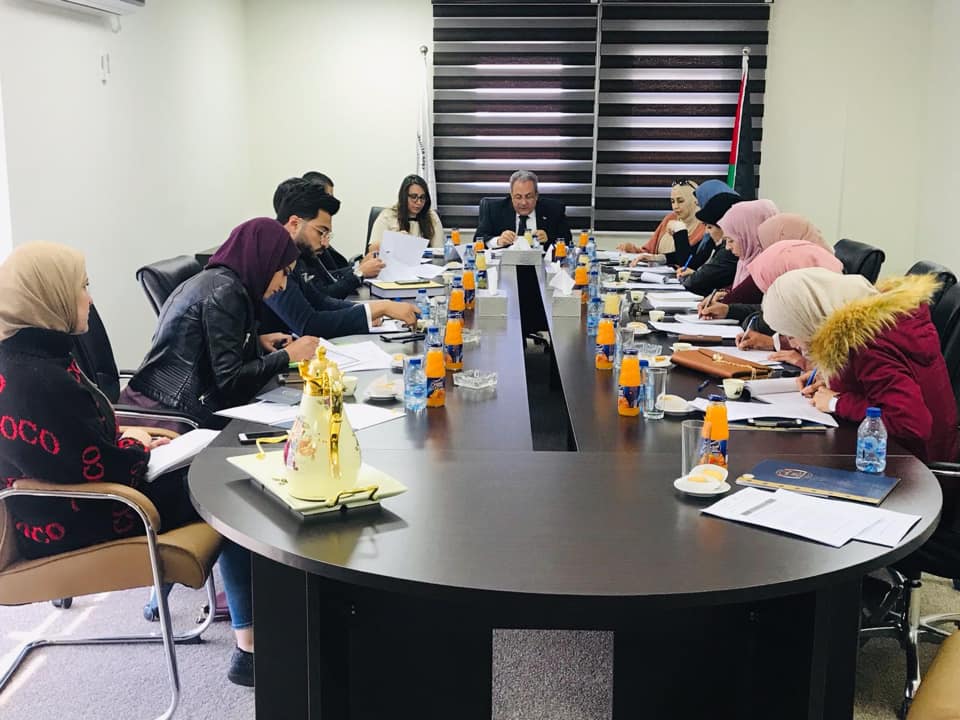 A number of An-Najah's women studies MA students have recently been to the ‎Constitutional Court where they met with its head Professor Mohammed Al-‎Haj Qasem.‎

Prof. Al-Haj Qasem gave the students a lecture on the Convention on the ‎Elimination of all Forms of Discrimination Against Women (CEDAW*) and its ‎national committee. The lecture also included an open discussion on the Court's ‎resolutions with regards to international conventions as well as a presentation on ‎An-Najah Constitutional Studies Centre.‎

The visit was part of the women and legislations- constitutions gendering course ‎lectures given by Dr. Sana' Al-Sarghali, Constitutional Law Professor at An-Najah.‎

CEDAW* is an international treaty adopted in 1979 by the United Nations General ‎Assembly. Described as an international bill of rights for women, it was instituted ‎on 3 September 1981 and has been ratified by 189 states.‎