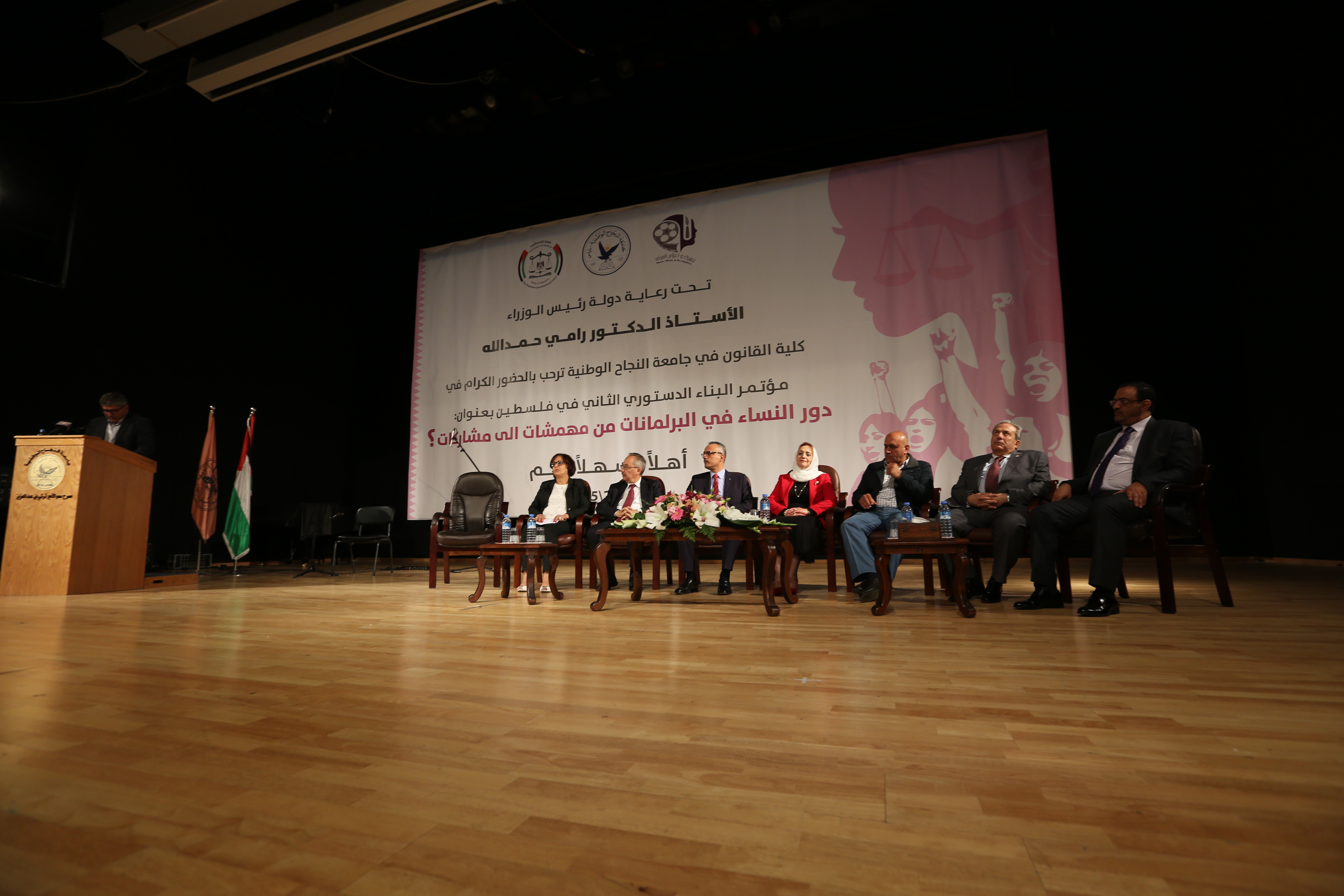 On Wednesday, May, 2nd, 2018, the Faculty of Law at An-Najah National University launched the activities of the 2nd Constitutional Building in Palestine Conference titled: "Women's Role in Parliaments from Marginalized to Participants".

The conference took place at the Prince Turki Bin Abdul-Aziz Theatre in the New Campus and was sponsored by Women Media and Development (TAM).

In the opening speech, Dr. Sanaa Al-Sarghali, Chairwoman of the Board of Directors for TAM organization and a staff member at An-Najah's Faculty of Law pointed out that the conference resulted from violating women's rights as they are treated as second degree citizens either in Palestine or in other countries. She said that the conference organizers are looking forward for a new Palestinian constitution structure that preserves women's rights.

Dr. Al-Sarghali also exhibited a short film about how women are represented in media in Palestine showing that they are being marginalized.

Dr. Asi gave a presentation on world development reports which show women's passive participation in communities. He said that women's participation in the Parliament, for example, is less than 15% while it must reach 30%. He added that the conference aims at grapping foundations and sectors attention to the importance of guaranteeing women's rights and treating them equally.

Prof. Natsheh mentioned that the University bears social responsibility to preserve women's rights as it believes in gender equality and social justice. He also commended the role of the Palestinian youth, males and females, in developing the Palestinian community in various fields.

Dr. Barak explained that women's participation in Parliaments is a reflection of political democracy nationally and internationally. He confirmed that Palestine is following the United Nations conventions regarding women's rights and gender equality.

Dr. Abu Diak transferred the Prime Minister's greetings to the audience and to all Palestinian women who are an integral part of the national struggling march.

He mentioned that the establishment of the Palestinian Parliament was the spark to build a constitutional Palestinian country that follows international conventions.

Afterwards, the conference sessions were concluded at the Faculty of Law Auditorium.