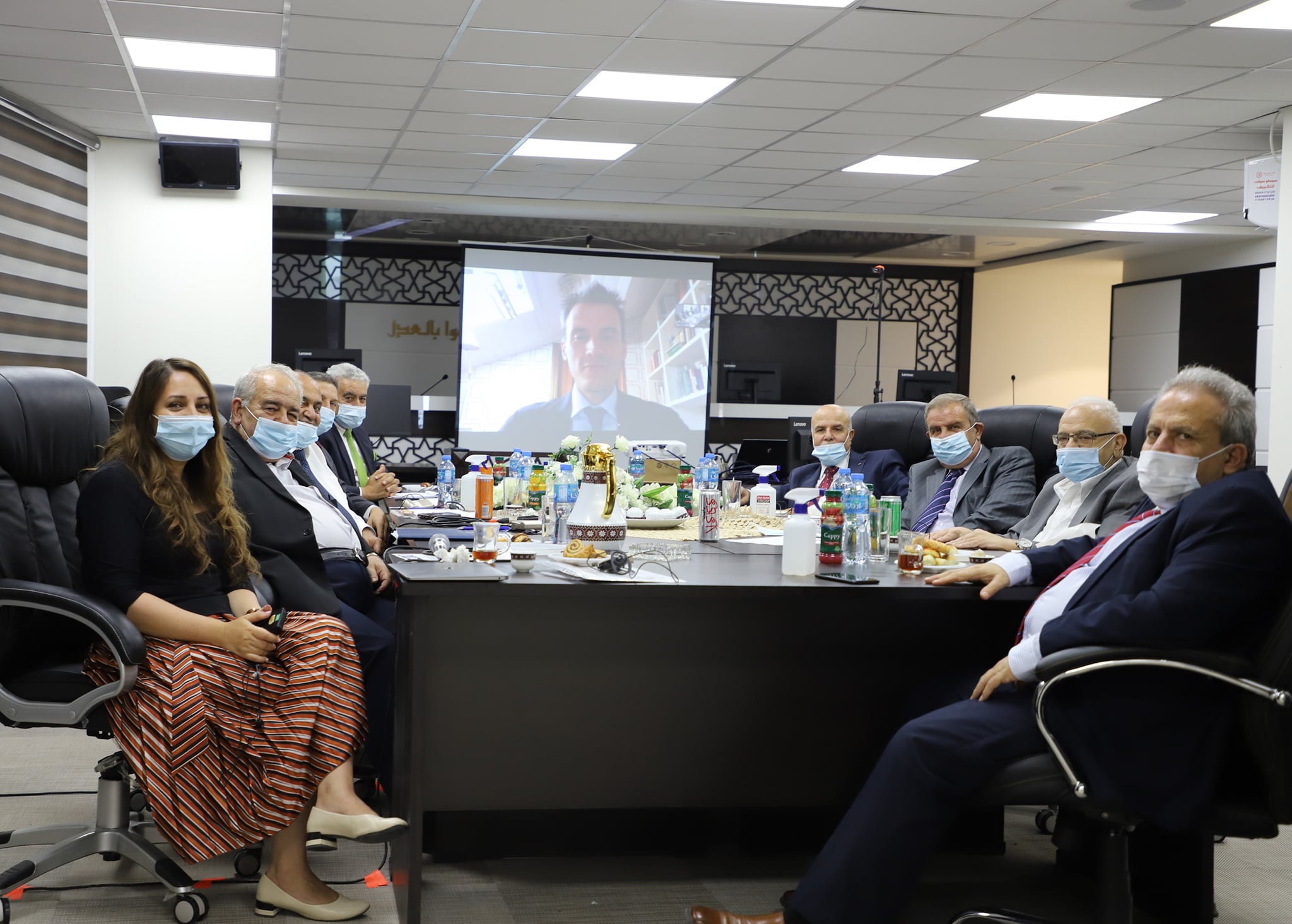 In turn, Dr. Sanaa Alsarghali, Assistant Professor of Constitutional Law at the Faculty of Law and Director of the Constitutional Studies Centre (NCSC) at An-Najah University, referred to the importance of holding regular meetings with prominent constitutional law experts. "It is important to stay informed and keep up to date with recent comparative research on constitutional control/review" Said Dr. Alsarghali.

Different topics were also covered and discussed during the second and third days of the meetings. It included the participation of a group of legal experts from the Constitution Transformation Network (CTN) at the University of Melbourne including Prof. Cheryl Saunders,  Professor of Constitutional Law and President Emeritus of CTN and Dr. Tom Daly, Associate Professor in Comparative Constitutional Law at Melbourne University.

These meetings were part of the “Equal Participation of Women in Public Life” (My Constitution Should Include Me) campaign, and in partnership with An-Najah's Constitutional Studies Centre (NCSC), the Supreme Constitutional Court, and the General Union of Palestinian Women (GUPW) with the support of the African Women's Development Fund (AWDF). The campaign aims to contribute to the development and formulation of a comprehensive Palestinian constitution that takes into account gender equality and is based on international human rights treaties.